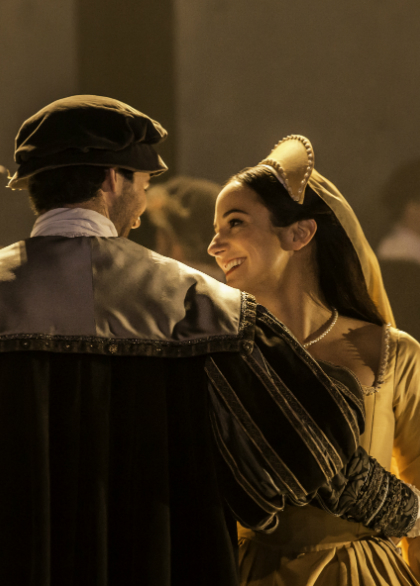 Following critically acclaimed and sold out runs at the Royal Shakespeare Company’s Swan Theatre in Stratford-upon-Avon and at the Aldwych Theatre in London, Mike Poulton’s adaptations of Hilary Mantel’s Man Booker Prize winning novels have opened at the Winter Garden Theatre on Broadway. The plays have received a tremendous response from audiences and the American press.

“The Royal Shakespeare Company’s adaptation is stunning, addictive and clever. After six hours of ‘Part One’ and ‘Part Two,’ there were impatient people leaving the Winter Garden Theatre waiting for ‘Part Three’” Associated Press

“Wolf Hall is a mighty undertaking. It’s directed by Jeremy Herrin with propulsive energy; designed with commanding stagecraft by Christopher Oram and a superb team on lighting, music and sound; and performed with authority and an abundance of sly humor by a first-rate troupe of 23” The Hollywood Reporter

Wolf Hall Parts One and Two play at the Winter Garden Theatre until 5 July 2015.