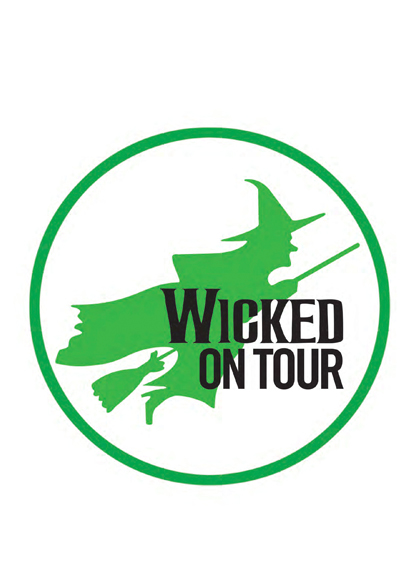 Wicked, the global musical phenomenon that tells the incredible untold story of the Witches of Oz, will begin a major tour of the UK and Ireland at the Palace Theatre in Manchester on 12 September 2013. Public booking will open on 19 November 2012. Further tour dates and casting will be announced at a later date.

The London production continues its record-breaking run at the Apollo Victoria Theatre where tickets are currently on sale until 2 November 2013.

Executive Producer, Michael McCabe, said, “With Wicked continuing its phenomenally successful London run, we are very proud to also now be announcing this major tour of the UK and Ireland. We are absolutely delighted that the première will take place in the amazing city of Manchester which has such a prestigious history of hosting the regional premières of so many world class musicals”.

Andrew Stokes, Chief Executive, Marketing Manchester said, “Wicked is one of the most popular new musicals of our time and we are delighted that Manchester will be the first port of call for its UK tour as part of the ‘Manchester Gets It First’ initiative. The Palace Theatre is an icon of the city and a major contributor to our night-time economy. It is a worthy stage for the production’s first performance out of the capital and will no doubt prove popular with the over one million international visitors a year that the city-region attracts.”

Wicked has already been seen by over 35 million people around the world and has seven productions running concurrently. The original Broadway production remains “Broadway’s biggest blockbuster” (New York Times) as it enters its 10th year. The West End production is now in its 7th year at London’s Apollo Victoria Theatre, where it has been seen by almost five million people.