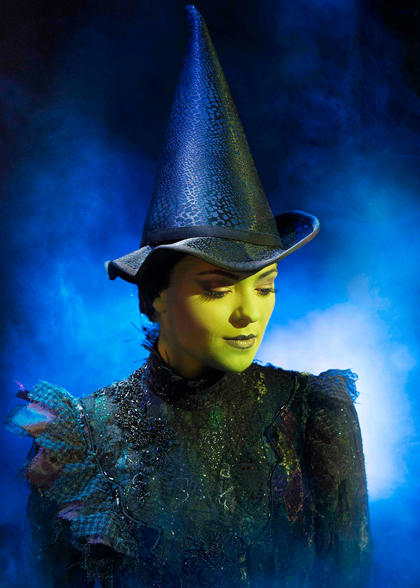 Wicked, the smash hit musical that tells the incredible untold story of the Witches of Oz, is proud to announce that Jennifer DiNoia, who has enjoyed a remarkable eight year association with the show in North America and internationally, will join the West End production for a strictly limited 14 week engagement as Elphaba from Monday 27 October 2014 to Saturday 31 January 2015 at London’s Apollo Victoria Theatre.

Jennifer DiNoia first joined the cast of Wicked in 2006 and has subsequently performed the role of Elphaba to huge acclaim across North America in the national tour, in both the Broadway and Chicago productions, and internationally in Seoul and Sydney. She will make her West End debut in the role on Monday 27 October 2014, marking the fourth country and sixth company of Wicked in which she will have performed as Elphaba.

Jennifer DiNoia said, “I am so honoured and excited to be making my West End and UK debut in this incredible role that has been part of my life and career for eight extraordinary years. I look forward to working with Savannah Stevenson and the amazing London company”.

Executive Producer (UK) Michael McCabe said, “We are all delighted that Jennifer DiNoia will now get to add London to the extensive list of cities in North America and around the world in which she has already performed the role of Elphaba to such acclaim. We look forward to welcoming her to the West End production for what looks set to be a very special engagement”.

Jennifer DiNoia is appearing with the support of UK Equity, incorporating the Variety Artistes’ Federation, pursuant to an exchange programme between American Equity and UK Equity.