The Audience & Wolf Hall Triumph At The Tony Awards 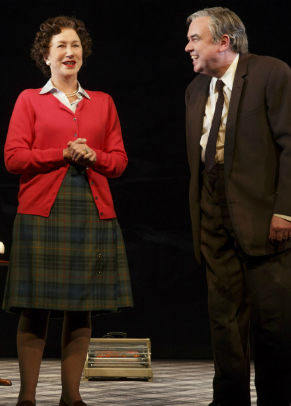 We are thrilled that Playful Productions’ The Audience and Wolf Hall: Parts 1 & 2 were among the winners at the 2015 Tony Awards.

Helen Mirren won Best Leading Actress in a Play for her performance as The Queen in The Audience at the Gerald Schoenfeld Theatre while Richard McCabe took home the award for Best Featured Actor in a Play for his role as the late Prime Minister Harold Wilson.

Christopher Oram won Best Costume Design of a Play for his designs for Wolf Hall: Parts 1 & 2 at the Winter Garden Theatre.

Acceptance speeches by all the winners can be viewed here.

To see the 2015 Tony Awards winners in full click here.