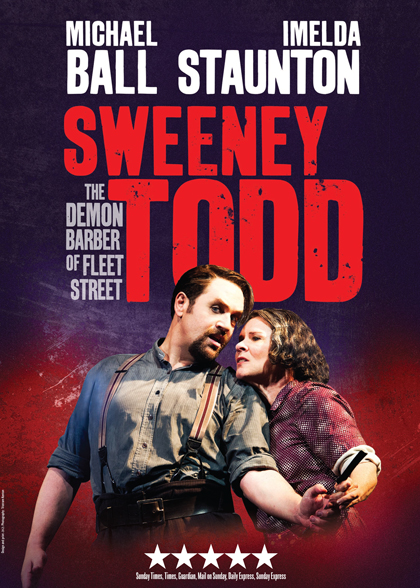 Set amongst London’s seedy side streets and laced with Sondheim’s characteristically brilliant wit and dark humour, the musical depicts Sweeney Todd’s savage quest for justice and retribution after years of false imprisonment. Aided and abetted by the pie-shop owner, Mrs Lovett, he sets out to avenge the wrongs done to him and his family.

Combining a brutal sensibility with elements of the English music hall, the production offers a fascinating portrait of a man driven to madness by injustice and grief.

Sweeney Todd is directed by Jonathan Kent, designed by Anthony Ward and choreographed by Denni Sayers with lighting design by Mark Henderson. The Musical Director is Nicholas Skilbeck, with orchestration by Jonathan Tunick and sound design by Paul Groothuis.