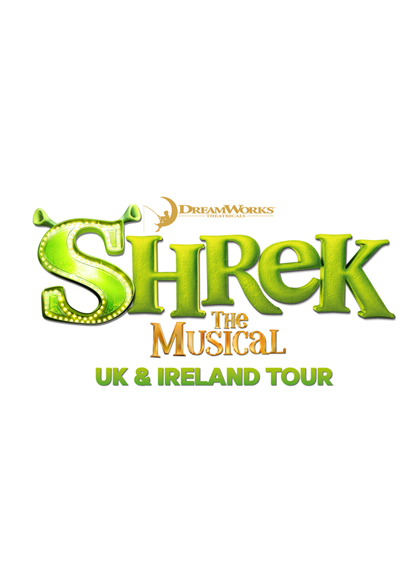 Producers of Shrek The Musical today announced that the larger-than-life production will be heading to a swamp near you on its first ever tour of UK & Ireland, from July 2014. Coming direct from London, where it was seen live on stage by nearly a million people, the (UK & Ireland) tour of the Drury Lane production of Shrek The Musical will be directed by Nigel Harman who starred as Lord Farquaad in the West End production, winning him an Olivier Award for Best Performance in a Supporting Role in a Musical.

Shrek The Musical will open at the Grand Theatre in Leeds on 23 July followed by dates in Bristol, Nottingham, Belfast, Dublin, Oxford, Manchester, Aberdeen, Canterbury, Newcastle, Glasgow and Sheffield with further venues still to be announced.

Shrek The Musical, originally directed by Jason Moore and Rob Ashford, is based on the story and characters from William Steig’s book Shrek! and the Oscar®-winning DreamWorks Animations feature film.

Bill Damaschke, Chief Creative Officer of DreamWorks said, “We are thrilled that Shrek and his fairy-tale friends will be heading out on tour across the UK & Ireland and delighted that our very own Nigel Harman will be directing Shrek The Musical on the road. It has been such a joy to bring this loved story to life and we can’t wait for families up and down the country to experience their beloved swamp-dwelling ogre, Princess Fiona, Donkey and all their pals live on stage, as so many have on Broadway and in the West End.”

Director of Shrek The Musical UK & Ireland Tour, Nigel Harman said, “I am delighted to be returning to Shrek as its director. This show is very special to me with its dizzying blend of great characters, a hilarious script and sublime music. This production is visually stunning, and the story has the magic ingredient of moving at great pace while still being surprisingly intimate. In short, there was no way I was going to say no to the challenge of realising the production for the UK & Ireland. I really can’t wait to take this show on the road!”

Casting information will be announced in due course.