Quiz transfers to the West End 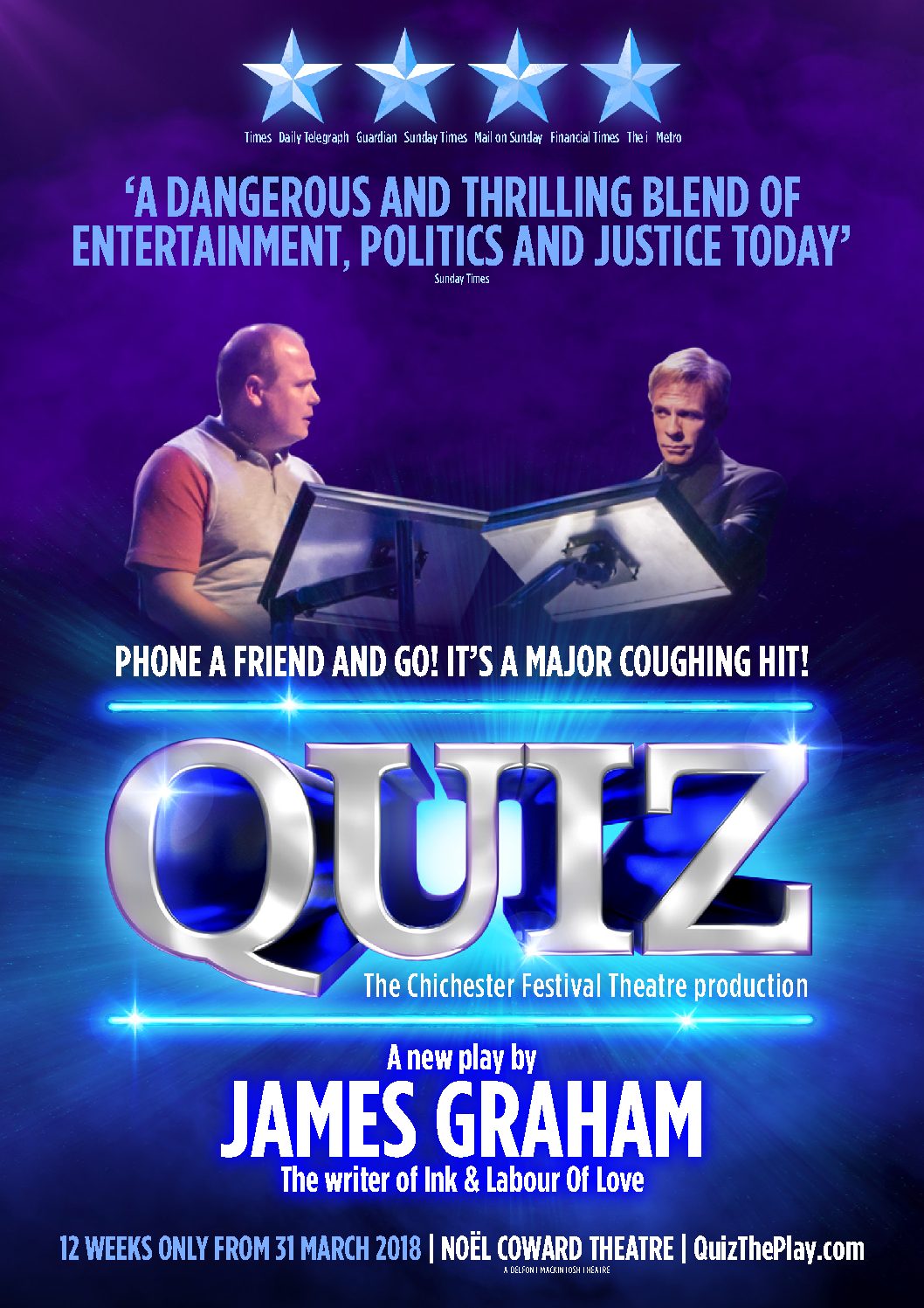 We are delighted that Chichester Festival Theatre’s sell-out production of Quiz by James Graham will be transferring to the Noël Coward Theatre in 2018. A provocative re-examination of the conviction of Charles Ingram for cheating on Who Wants To Be A Millionaire? Quiz ‘highlights the dangerous blending of entertainment, politics and justice today.’ (Sunday Times). Quiz opens on 10 April, with previews from 31 March, and runs for a strictly limited London season until 16 June.

James Graham commented, “Being given the chance to share Quiz with more people – and with the opportunity to develop and push our gameshow-meets-theatre concept even further – is beyond exciting for all of us.

“I would never have imagined years ago I’d get a chance to put any of my new plays into the West End. So to be able to return so quickly to the Noël Coward – which has been the happiest of homes for Labour of Love – feels surprising, and properly humbling to have the trust, belief, and support in the show from our producers, the amazing Daniel Evans, and the team of actors and creators who help me tell this gobsmacking story of the so-called Coughing Major and the most successful game show of all time.”

Daniel Evans said, “It’s been an enormous privilege to have presented James Graham’s Quiz as part of our inaugural season at Chichester.  James is an exceptional writer with a knack for examining our recent history through an alternative lens. We’re thrilled to be able to revisit the production for the West End, and share Chichester’s work with a wider audience.”

Quiz is a fictional imagination based on real events which took place in 2001 following an episode of Who Wants To Be A Millionaire? It is not in any way connected with the makers of the programme or any of the individuals portrayed.