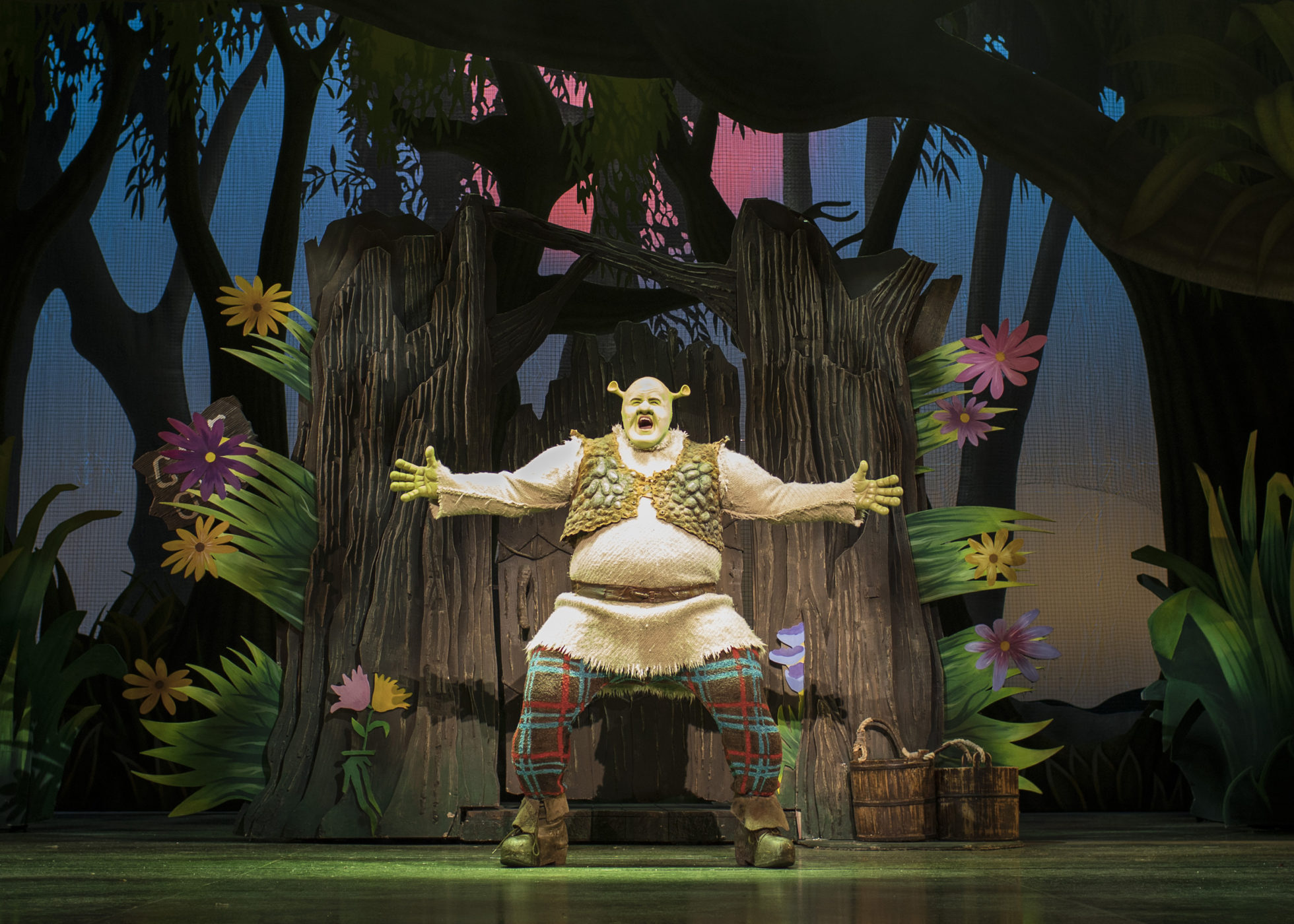 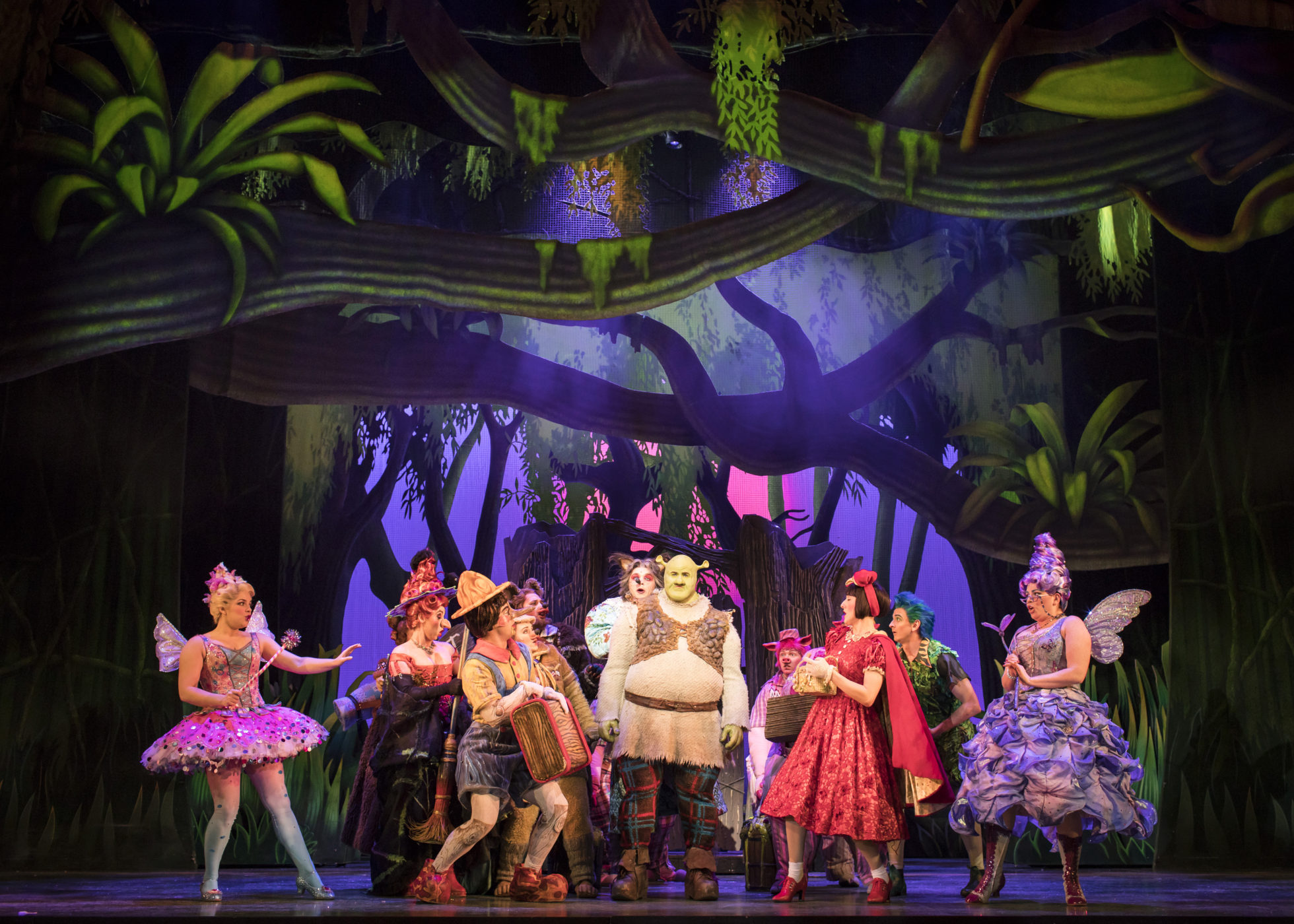 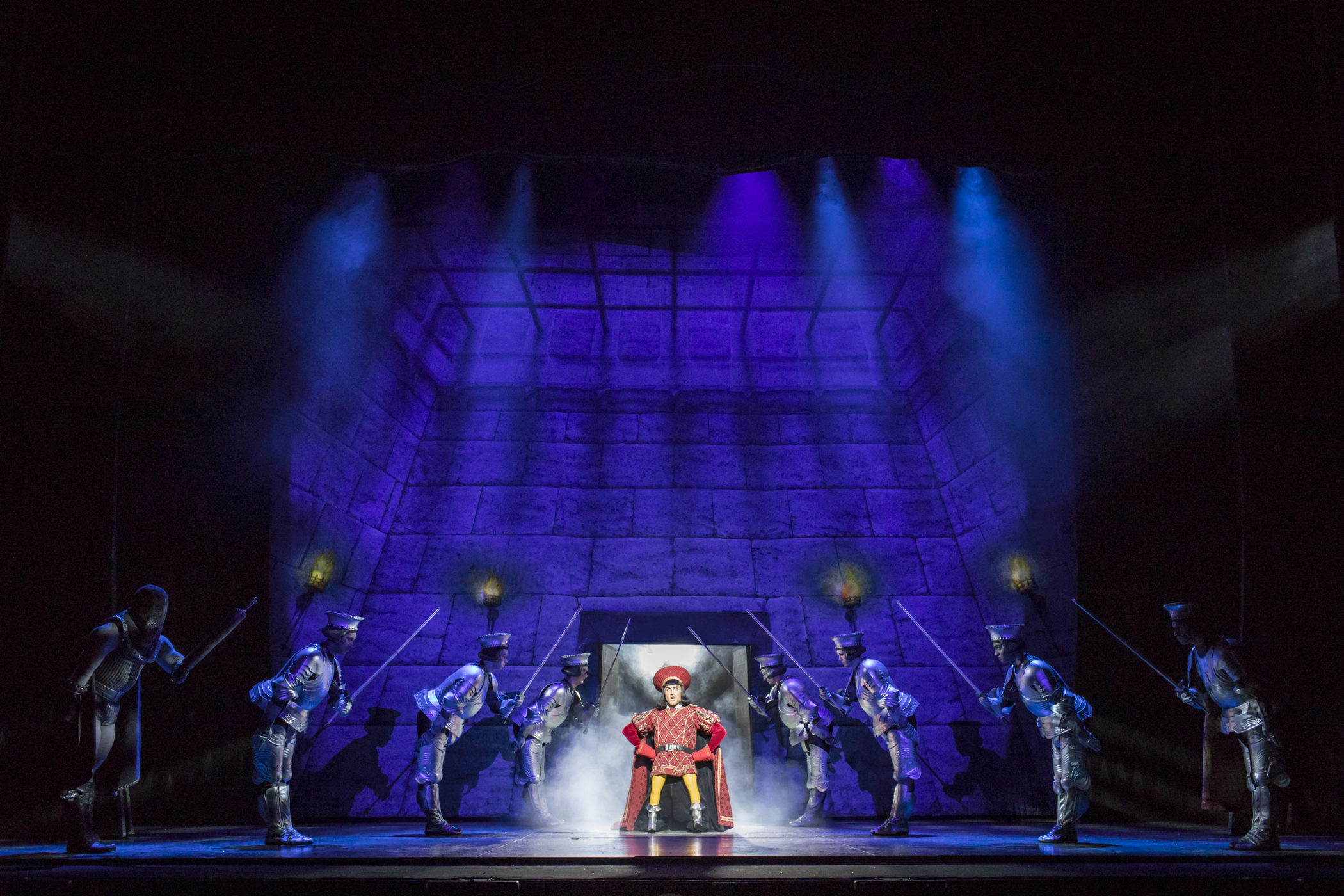 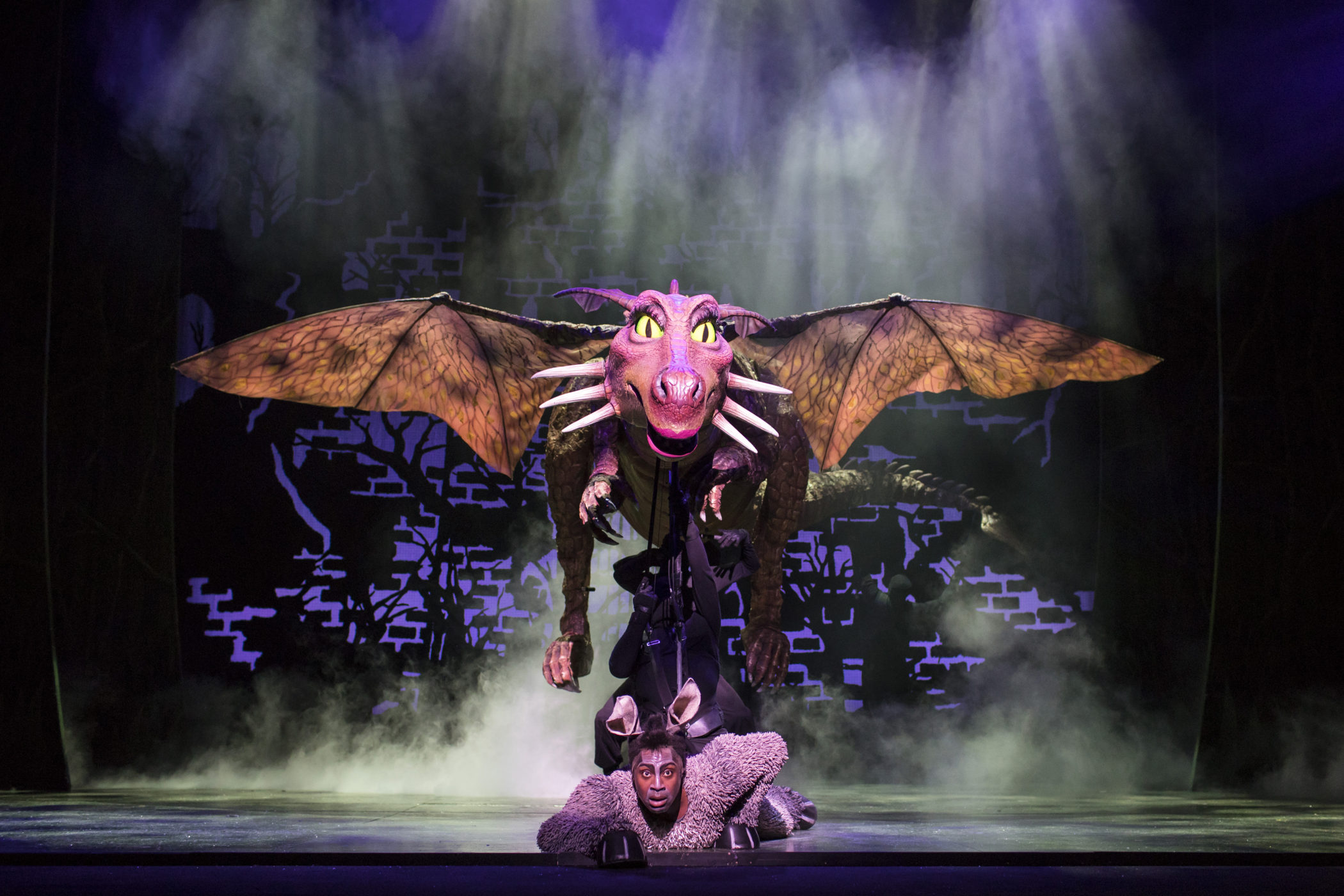 Following a record-breaking UK and Ireland Tour, the smash hit blockbuster Shrek the Musical returned for another UK tour! Opening at the Edinburgh Playhouse on 12 December 2017, the production toured across the country before completing its run in January 2019.

Shrek the Musical is based on the story and characters from William Steig’s book Shrek! and the Oscar®-winning DreamWorks Animations feature film. Nigel Harman returns as director, having made his directorial debut on Shrek the Musical first UK and Ireland Tour.

“It’s bold, it’s green, it has to be seen!” Broadway World

“Wise-cracking monster of a show” The Herald

“The stunning puppetry that brings the soul-singing, fire-breathing, high flying dragon to life is quite magical” Edinburgh Evening News