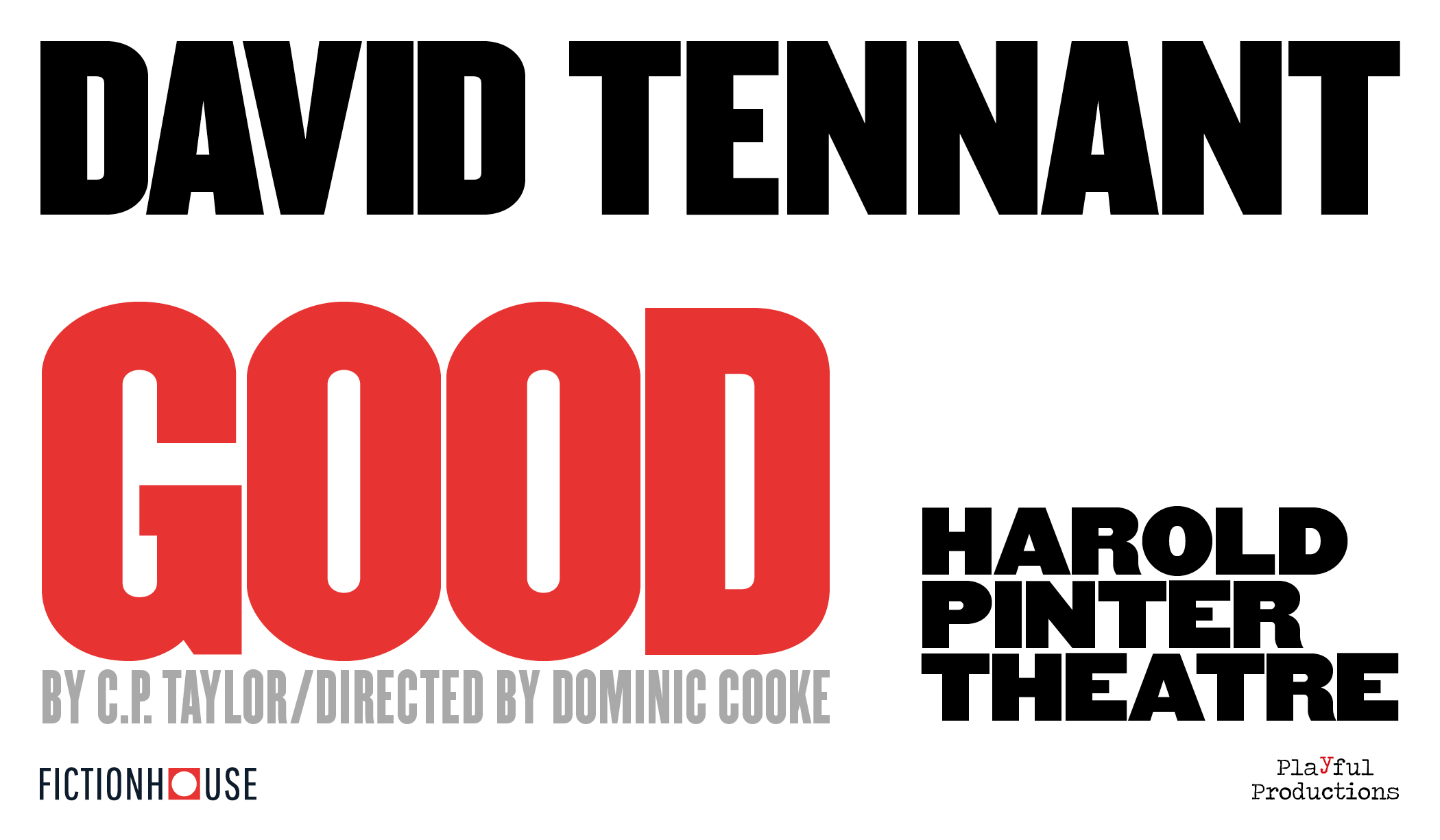 Playful Productions is co-producing and general managing a new production of C.P. Taylor’s acclaimed play Good with partners Fictionhouse. Starring David Tennant alongside Elliot Levey, Good is directed by Dominic Cooke and designed by Vicki Mortimer. Good opened on the 12 October 2022 with previews from 5 October.

John Halder is a good man.

But John Halder must adapt to survive.

How is it possible to be a good person when things are falling apart?

As the world faces its Second World War, John Halder, a decent, intelligent, music-loving German professor, finds himself swept along in a movement that crescendos towards an unthinkable finale. Good is a warning for our times.