Prime Ministers announced for The Audience at the Apollo Theatre 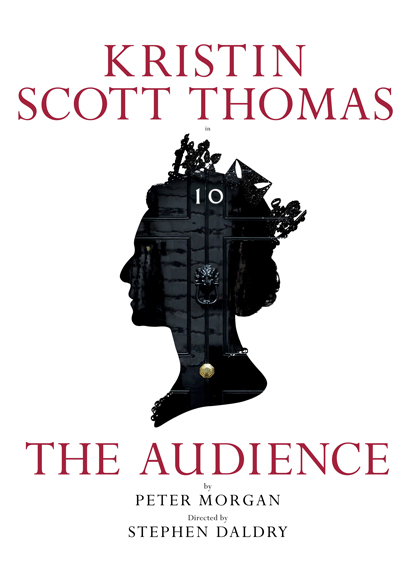 David Peart plays the Equerry, Charlotte Moore will play Bobo MacDonald and Private Secretary; Marnie Brighton, Madeleine Jackson-Smith and Izzy Meikle-Small will alternate in the role of Young Elizabeth; and Matt Plumb and Harry Feltham will play the footmen.

David Calder (Winston Churchill) has worked extensively for the National Theatre and the Royal Shakespeare Company. His many other theatre credits include Home for the Theatre Royal Bath, the title role in King Lear for Shakespeare’s Globe, Rock ‘n’ Roll at the Duke of York’s Theatre, Five Gold Rings for the Almeida Theatre and Little Foxes for the Donmar Warehouse. His television credits include Cuckoo, Utopia S2, Houdini, The Wrong Mans, Mr Selfridge, Lewis, Titanic, The Murder of Stephen Lawrence, Wallis and Edward and New Tricks. His film credits include Lady in the Van, Queen of the Desert, Rush, United, Red Riding 1980, Goya’s Ghosts and Perfume. Calder can currently be seen in Jennifer Haley’s The Nether at the Duke of York’s Theatre.

Mark Dexter’s (David Cameron) theatre credits include Flare Path for Playful Productions and the Theatre Royal Haymarket, Inherit the Wind at the Old Vic, Time and the Conways for the National Theatre and The Glass Menagerie at the Donmar Warehouse. Later this year, in the run up to the general election, Dexter will also play David Cameron on television in a Channel 4 film, Coalition. His other television credits include 24: Live Another Day, Babylon, Bletchley Circle, Mr Selfridge, Ripper Street, Law & Order, Silent Witness, Spooks, The Infinite World of HG Wells, Monarch of the Glen and A Dance To The Music of Time. His film credits include The Invisible Woman, From Hell, 12 Days of Terror, She Stoops to Conquer, Peter Warlock and Nicholas Nickleby.

Michael Gould’s (John Major) theatre credits include Cruel and Tender and Hamlet for the Young Vic, The Ugly One for the Royal Court, In Extremis and King Lear for Shakespeare’s Globe, The Crucible for Sheffield Theatres, The Sea for Chichester Festival Theatre, The Count of Monte Cristo at the Royal Exchange and many credits for the National Theatre and the Royal Shakespeare Company. His television credits include The Conversation, Lucan, Silk, Mr Sloane, Bletchley Circle, Wallander, Ashes to Ashes, The Long Walk to Finchley, Waking the Dead, Wire in the Blood and State of Play. His film credits include Our Kind of Traitor, Private Peaceful and Frankenstein. Gould can currently be seen at Wyndham’s Theatre in Arthur Miller’s A View from the Bridge.

Gordon Kennedy’s (Gordon Brown) theatre credits include The James Plays for the National Theatre of Scotland, Edinburgh International Festival and the National Theatre, The Corstorphine Road Nativity for Edinburgh Festival Theatre, Full House and The Hairless Diva at Watford Palace Theatre, Ugly Rumours for the Tricycle Theatre and Waiting for Gogsie and Mr Hargreaves Did It for the Edinburgh Fringe. On television his credits include Endeavour II, Breathless, Being Human, Common People, Casualty, Doctors, Hacks, Combat Hospital, Sherlock – Hound of the Baskervilles, Skins, Taggart, Robin Hood, The Bill, You Can Choose Your Friends, Where the Heart Is, Kiss Me Kate, Glasgow Kiss, Absolutely, Atletico Partick, Shelley, The Insiders and Inspector Morse.  His film credits include Borderlands, Red Faction Origins, Snakeboy, With or Without You and Just Like a Woman.

Sylvestra Le Touzel (Margaret Thatcher) has worked extensively for the National Theatre and the Royal Shakespeare Company. Her other stage credits include Les Parents Terribles and Ivanov for the Donmar Warehouse, Topless Mum at the Tricycle Theatre, Wild East, Ourselves Alone, Unity and Glasshouses for the Royal Court, Hayfever at the Savoy Theatre, An Inspector Calls at the Aldwych Theatre, Imagine Drowning for Hampstead Theatre and The Illusion and Marya for the Old Vic. Her television credits include Utopia, The Thick of It, Secret State, Parade’s End, Northanger Abbey, Housewife 49, Vanity Fair, The Uninvited, The Gambling Man, Between the Lines, Mansfield Park, Crimes and Donal and Sally. Her film credits include Mr Turner, Cloud Atlas, Happy-Go-Lucky, Amazing Grace and The Short and Curlies.

David Robb’s (Anthony Eden) theatre credits include Hamlet for English Touring Theatre, Private Lives, Armstrong’s Last Goodnight and Same Time Next Year for the Royal Lyceum Theatre, The Taming of the Shrew and The Beggar’s Opera for Chichester Festival Theatre, The Colour of Justice for the Tricycle Theatre, Abelard and Heloise at Wyndham’s Theatre and An Ideal Husband for the Old Vic. His television credits include Wolf Hall, Downton Abbey, Garrow’s Law, Sharpe’s Peril, The Crow Road, First Amongst Equals, The Legend of King Arthur, Wuthering Heights, The Winslow Boy, I, Claudius and The Glittering Prizes. His film credits include Sacrifice, The Four Feathers, Regeneration, The Life and Death of Peter Sellers, Elizabeth: The Golden Age, Young Victoria and From Time to Time.

Nicholas Woodeson’s (Harold Wilson) theatre credits include Twelfth Night at Liverpool Everyman, Chariots of Fire for Hampstead Theatre, The Homecoming and Jubilee for the Royal Shakespeare Company, Rocket to the Moon for the National Theatre, An Inspector Calls at the Novello Theatre, Legal Fiction for the Theatre Royal Bath, Arab-Israeli Cookbook and Moonlight & Magnolias for the Tricycle Theatre, Jumpers for the National Theatre, Mr Peter’s Connection for the Almeida Theatre, Art in the West End, The Late Middle Classes at the Harold Pinter Theatre, The Editing Process and Berlin Bertie for the Royal Court, American Buffalo for the Young Vic and Habeas Corpus for the Donmar Warehouse. His television credits include The Eichmann Show, George Gently, Mapp and Lucia, New Tricks, The Honourable Woman, The Escape Artist, Silk, Shameless, Rome, Doc Martin, The Last Detective, A Touch of Frost, The Mrs Bradley Mysteries, Great Expectations and Pie in the Sky. His film credits include Race, Mr Turner, Skyfall, Pope Joan, Amazing Grace, Conspiracy, Topsy-Turvy, The Avengers, Shooting Fish, The Man Who Knew Too Little, The Russia House and Heaven’s Gate.