Noises Off transfers to the West End 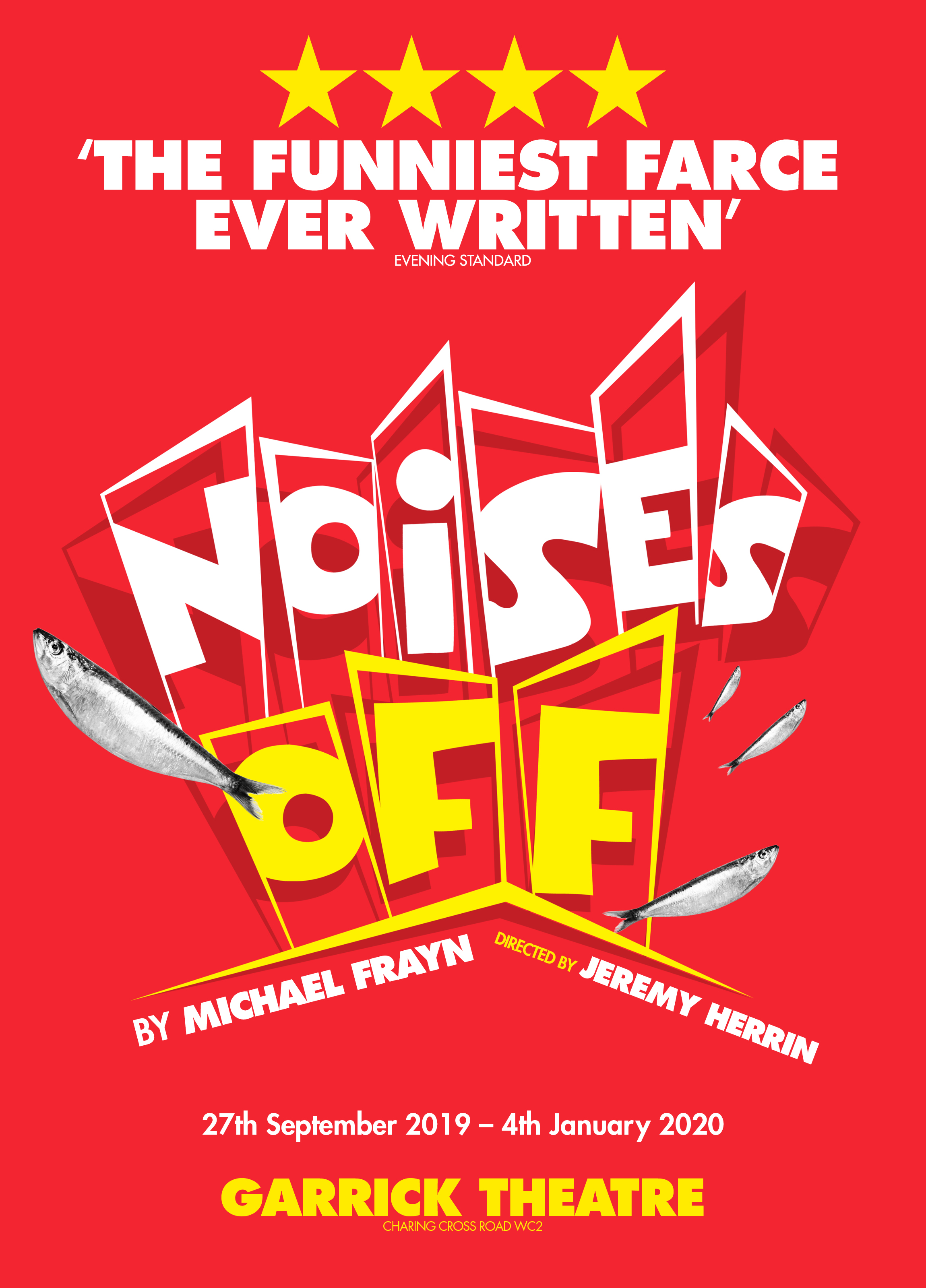 We are thrilled that the Lyric Hammersmith Theatre’s hit sell-out production of Noises Off which has garnered critical and audience acclaim this Summer, will transfer to the Garrick Theatre from 27th September 2019.

Michael Frayn’s classic farce about a farce, Noises Off, which has played all over the world where theatre is done, returns to the West End for the fourth time as it heads to the Garrick Theatre from 27th September 2019 to 4th January 2020. “Is this the funniest farce ever?” asked the Evening Standard when this production opened at the Lyric Hammersmith Theatre.  And replied: “Yes. Yes it is.”

ALSO, simultaneously, and at no extra cost, the farce that the characters of Noises Off are playing, Nothing On, is making its epic tour from Weston-super-Mare to Stockton-on-Tees. “Is this the most remarkable entertainment to hit Ashton-under-Lyne since the Black Death?” asked the Ashton-under-Lyne Advertiser.  And replied: “Possibly.  Apart from the Second World War.”

Reprising their roles for the West End will be:

BAFTA Television Award nominee Meera Syal (Beautiful Thing, Absolutely Anything and The Kumars at No. 42) as Dotty Otley portraying Mrs Clackett, the housekeeper with a taste for sardines.

Lloyd Owen (Cleaning Up, Monarch of the Glen and The Young Indiana Jones Chronicles) as Nothing On’s director extraordinaire Lloyd Dallas.

Simon Rouse (Hangmen, Local Hero, The Bill) is Selsdon Mowbray, who, if he can remember where he is in the script, will play the Burglar.

This rip-roaring production, directed by Jeremy Herrin (All My Sons, This House, Wolf Hall), is currently bringing the house down at the Lyric Hammersmith Theatre.

Noises Off is produced in the West End by Playful Productions, Kilimanjaro Theatricals, Karl Sydow, Tulchin/Bartner and Lyric Hammersmith Theatre.