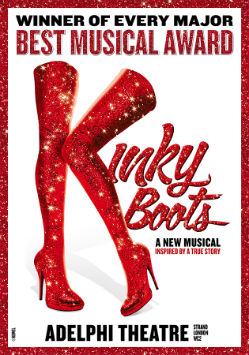 We are delighted that Simon-Anthony Rhoden will take on the role of Lola and Verity Rushworth will join the company as Lauren from Monday 10 July 2017. Kinky Boots, which recently played its 700th performance at London’s Adelphi Theatre, also announced the opening of a new booking period until Saturday 24 March 2018.