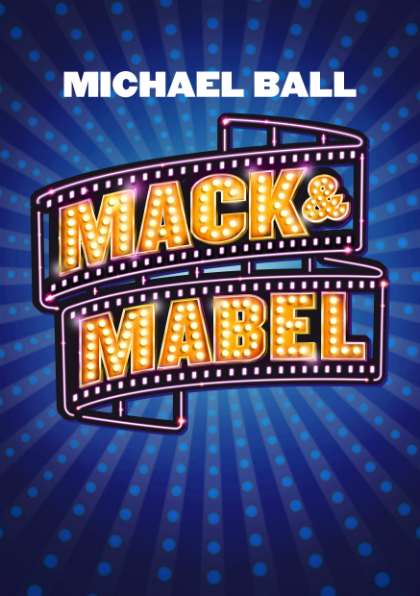 Direct from its première at Chichester Festival Theatre, the classic Broadway musical Mack & Mabel is set to tour throughout the UK & Ireland. Starring double Oliver award-winning Michael Ball as Mack Sennett, this new production will open at the Theatre Royal Plymouth, before visiting Manchester, Dublin, Edinburgh, Nottingham and Cardiff.

The production will be directed by Jonathan Church and choreographed by Stephen Mear, with design by Rob Jones.

Mack & Mabel features an outstanding score by Jerry Herman and is widely admired for its classic Broadway hits including I Won’t Send Roses and Time Heals Everything.

Mack & Mabel is produced by Chichester Festival Theatre and Playful Productions, who will also be general managing the production. Further casting will be announced in due course.