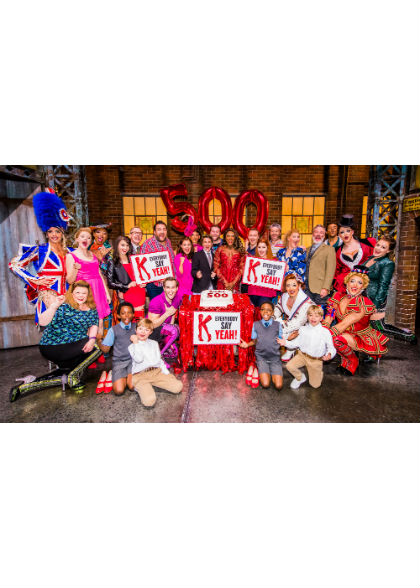 On Thursday 3 November 2017, the company of Kinky Boots celebrated the 500th performance of the multi-award-winning musical at the Adelphi Theatre with a specially commissioned caked and champagne after the show.

Inspired by a true story and based on the Miramax film written by Geoff Deane and Tim Firth Kinky Boots tells the story of Charlie Price who has reluctantly inherited his father’s Northampton shoe factory. Trying to live up to his father’s legacy and save the family business from bankruptcy, Charlie finds inspiration in the form of Lola. A fabulous entertainer in need of some sturdy stilettos, Lola turns out to be the one person who can help Charlie become the man he’s meant to be. As they work to turn the factory around, this unlikely pair finds that they have more in common than they ever dreamed possible… and discovers that when you change your mind, you can change the world.