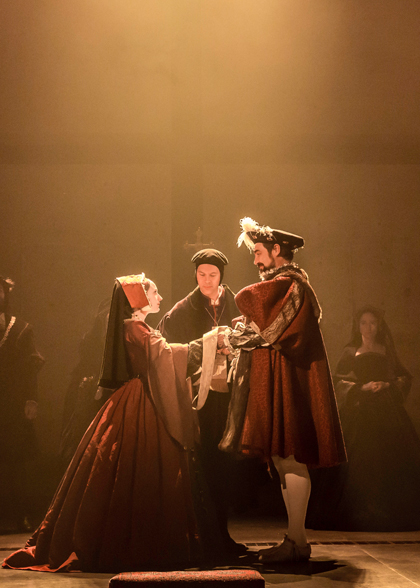 Congratulations to Jeremy Herrin, director of Wolf Hall and Bring Up The Bodies, who received the Milton Shulman Award for Best Director at last night’s Evening Standard Theatre Awards.

The Royal Shakespeare Company production of Hilary Mantel’s Wolf Hall and Bring Up The Bodies, adapted by Mike Poulton, opened at the Swan Theatre on 11 December 2013, after which Playful Productions and the RSC transferred the production to the Aldwych Theatre. After critically acclaimed and sold out runs in Stratford-upon-Avon and in the West End, the production transfers to Broadway on 20 March 2015.

Set in 1527, the plays tell the story of Thomas Cromwell’s rapid and ruthless rise to power, as he enters the court of Henry VIII during the King’s increasingly desperate attempts to produce a male heir and to annul his failed marriage.