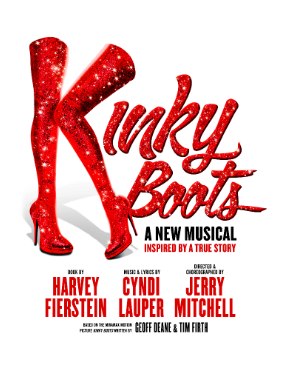 Kinky Boots has announced casting for the upcoming UK tour. Callum Francis will play Lola until 15 December 2018 and Kayi Ushe will play the role from 17 December 2018. Paula Lane, known for her role as Kylie Platt in Coronation Street will play Lauren and Joel Harper-Jackson will play Charlie.

The tour will open at Royal & Derngate in Northampton on 19 September 2018, returning to the home of this heart-warming British story, whilst the West End production continues at the Adelphi Theatre until 12 January 2019.

Kinky Boots is produced by Daryl Roth and Hal Luftig and Playful Productions, in association with Cameron Mackintosh.