Extra Matinees Scheduled for The Audience 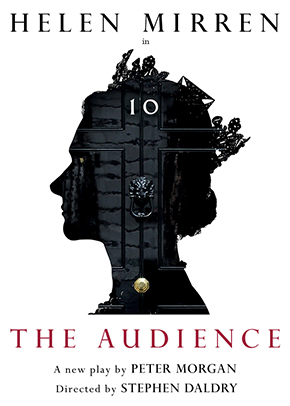 Two further matinee performances have been scheduled for Stephen Daldry’s production of Peter Morgan’s The Audience on 16 and 27 February 2013 at 2.30pm.

Joining Helen Mirren as the Queen in this world première are Michael Elwyn as Anthony Eden, Haydn Gwynne as Margaret Thatcher, Robert Hardy as Winston Churchill, Richard McCabe as Harold Wilson, Nathaniel Parker as Gordon Brown, Paul Ritter as John Major and Rufus Wright as David Cameron. The Equerry is Geoffrey Beevers and the role of Young Elizabeth will be played by Bebe Cave, Maya Gerber and Nell Williams.

The Audience will preview at the Gielgud Theatre from 15 February 2013, with a press night on 5 March 2013 and is currently booking to 15 June 2013. Designs are by Bob Crowley with lighting by Rick Fisher, sound by Paul Arditti, music by Paul Englishby and video by Ian William Galloway.