Don Juan in Soho opens in the West End 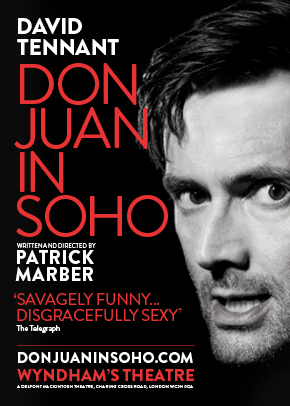 The much anticipated Don Juan in Soho has opened at the Wyndham’s Theatre. The production, written and directed by Patrick Marber and starring David Tennant, received a fantastic response from critics.

“Brilliantly reconceived by Marber, this is a hyper-sophisticated show and, in every way, a prodigious evening” The Independent ★★★★★

“David Tennant dazzles with a beguiling, fleet-footed charm” The Guardian ★★★★

Don Juan in Soho will complete its strictly limited season on 10 June 2017.