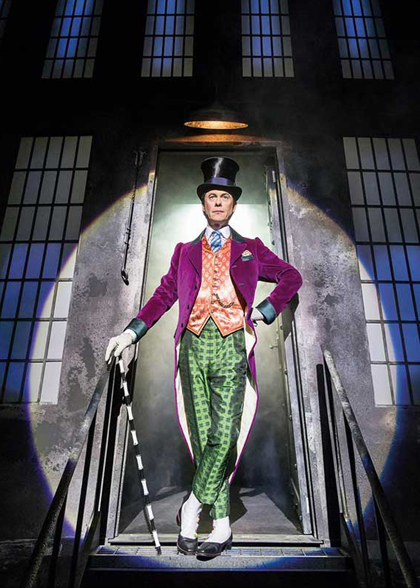 Jennings’s first performance will be on Monday 19 May.

Roald Dahl’s Charlie and the Chocolate Factory has quickly become one of the West End’s most popular and successful stage musicals. It has broken records at the Theatre Royal Drury Lane, where it has been seen by over half a million people since it opened in June 2013. It is currently taking bookings until 30 May 2015.

Alex Jennings is the only performer to have won an Olivier Award in the Drama, Musical and Comedy categories, winning Best Actor for Peer Gynt (1996), Best Actor in a Musical for My Fair Lady (2003), and Best Comedy Performance for Too Clever By Half (1988). He is an Associate at the National Theatre and the RSC and has had a wide and varied career on stage, screen and radio. In 2008, he made his operatic debut in Bernstein’s Candide. Alex Jennings’ credits at the National Theatre include Untold Stories (West End), The Habit of Art, Stuff Happens, The Winter’s Tale and The Relapse. He is an Associate Actor at the RSC, where his credits include Hamlet, Peer Gynt and A Midsummer Night’s Dream. Other theatre includes The Liar, The Wild Duck, The Importance of Being Earnest, and The Country Wife. His screen career includes The Queen, Smiley’s People, Hancock and Joan and Cranford.