Casting announced for UK tour of Mack and Mabel 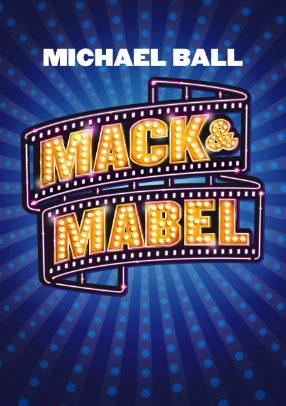 The full cast has been announced for the major new production of the classic Broadway musical Mack & Mabel, which will embark on a UK & Ireland Tour in autumn 2015 following its première at Chichester Festival Theatre, and stars double Olivier award-winning Michael Ball and Rebecca LaChance.

This production has a multi-award winning team, featuring an outstanding score by Jerry Herman with direction by Jonathan Church, design by Robert Jones and choreography by Stephen Mear.

Based on the real-life romance between Hollywood legends Mack Sennett and Mabel Normand, it tells the story of a group of pioneering filmmakers who changed the world surrounded by the great fun of the silent screen: heroes in capes, girls tied to the tracks, glamorous Bathing Beauties and the chaos of the Keystone Kops.