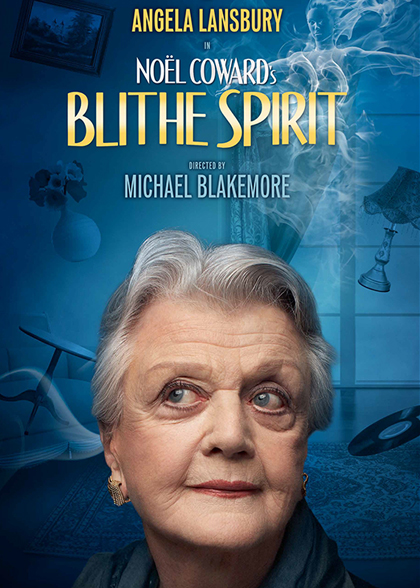 Playful Productions are delighted to be managing the forthcoming production of Blithe Spirit at the Gielgud Theatre. Directed by Michael Blakemore, this production will see Angela Lansbury reprising her 2009 Tony award-winning role as Madame Arcarti.

In order to observe a spiritualist first-hand for a planned novel, writer Charles Condomine (Charles Edwards) and wife Ruth (Janie Dee) invite friends the Bradmans to dinner and a séance with local clairvoyant Madame Arcati (Angela Lansbury), whom they are certain is a fake.

That all changes when the ghost of his first wife, Elvira, is summoned – and overstays her welcome in the following days, causing a rift between Charles and his at first disbelieving and then jealous second wife. The feuding wives, ghost and flesh, hatch a plot and counter plot to sabotage each other’s and Charles’ existence but will they succeed?

Blithe Spirit plays at the Gielgud Theatre from 1 March to 7 June 2014.