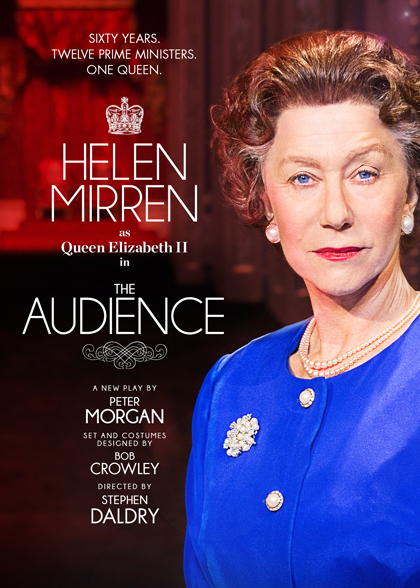 Peter Morgan’s The Audience starring Helen Mirren opened at the Gerald Schoenfeld Theatre on Broadway on Sunday 8 March. The production, directed by Stephen Daldry, has had a fantastic reception from critics and audiences.

“Helen Mirren is smashing. Her Majesty will see you now” New York Times

“There is nothing like watching a great director, Stephen Daldry, with a great star” The New Yorker

“Helen Mirren returns to the monarch—and to fortunate Broadway—with The Audience, a rich, deep portrait of a woman who, somehow, is deeply revealed without giving much of her mysterious self away” Newsday

“Victorious Helen Mirren is the Queen of Broadway” Guardian

The Audience plays at the Gerald Schoenfeld Theatre until 28 June 2015. Stephen Daldry’s new production of The Audience starring Kristin Scott Thomas as the Queen begins previews in the West End on 21 April at the Apollo Theatre.