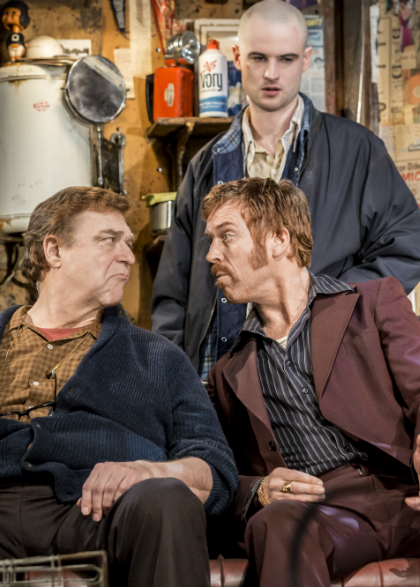 The much anticipated London revival of David Mamet’s classic play, American Buffalo, starring Damian Lewis, John Goodman and Tom Sturridge, has opened at Wyndham’s Theatre. The production, which is directed by Daniel Evans, received a fantastic response from critics and audiences, who have praised performances from all three actors.

‘Daniel Evans’s production is meticulous in its psychological and physical detail, and there are fine performances from Damian Lewis, John Goodman and Tom Sturridge.’ The Guardian

‘Damian Lewis is right on the money’ The Guardian

‘Goodman is marvellous’ The Times

‘Tom Sturridge is bewitching’, The Observer

‘A theatrical wonder’ The Stage