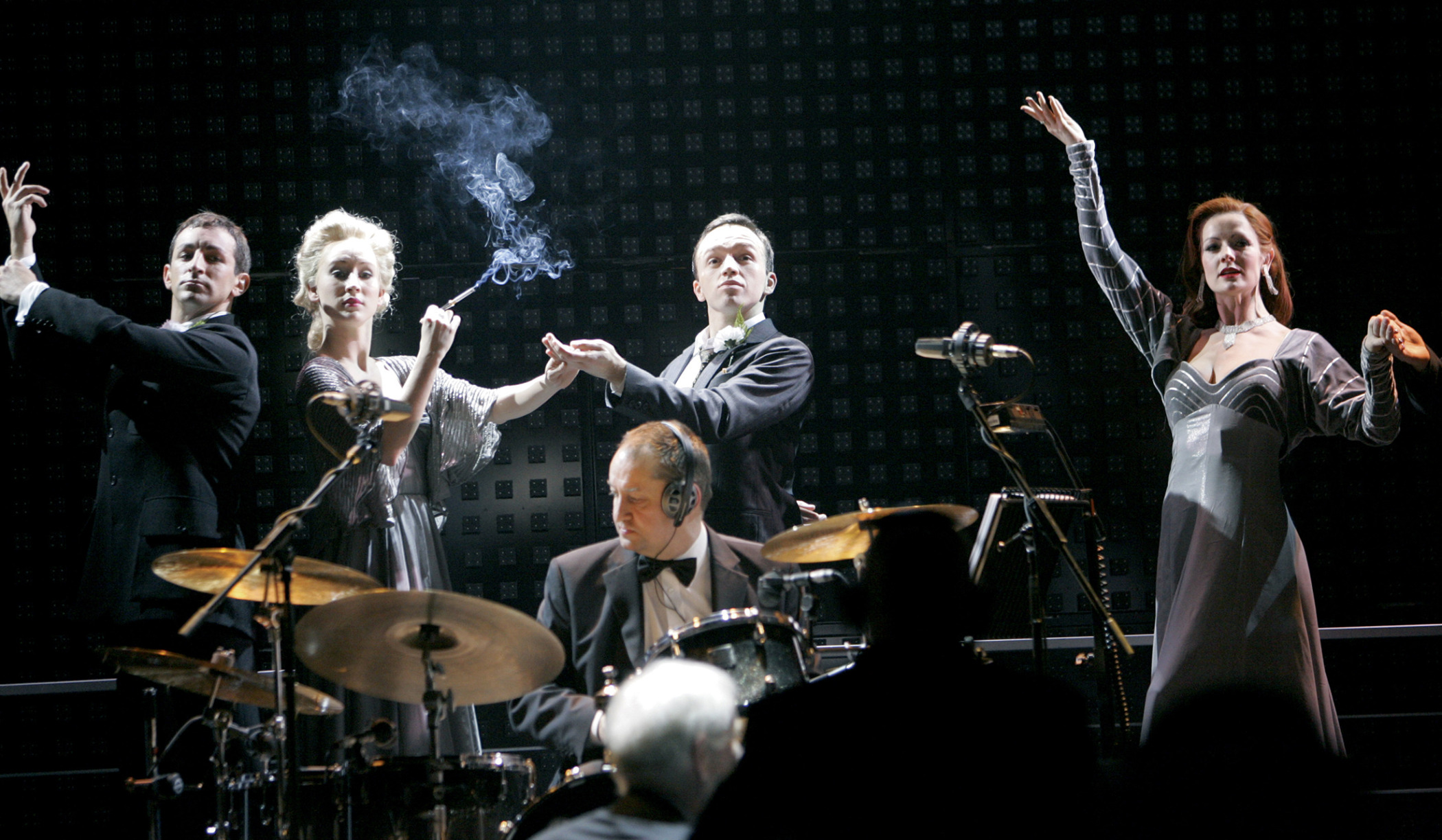 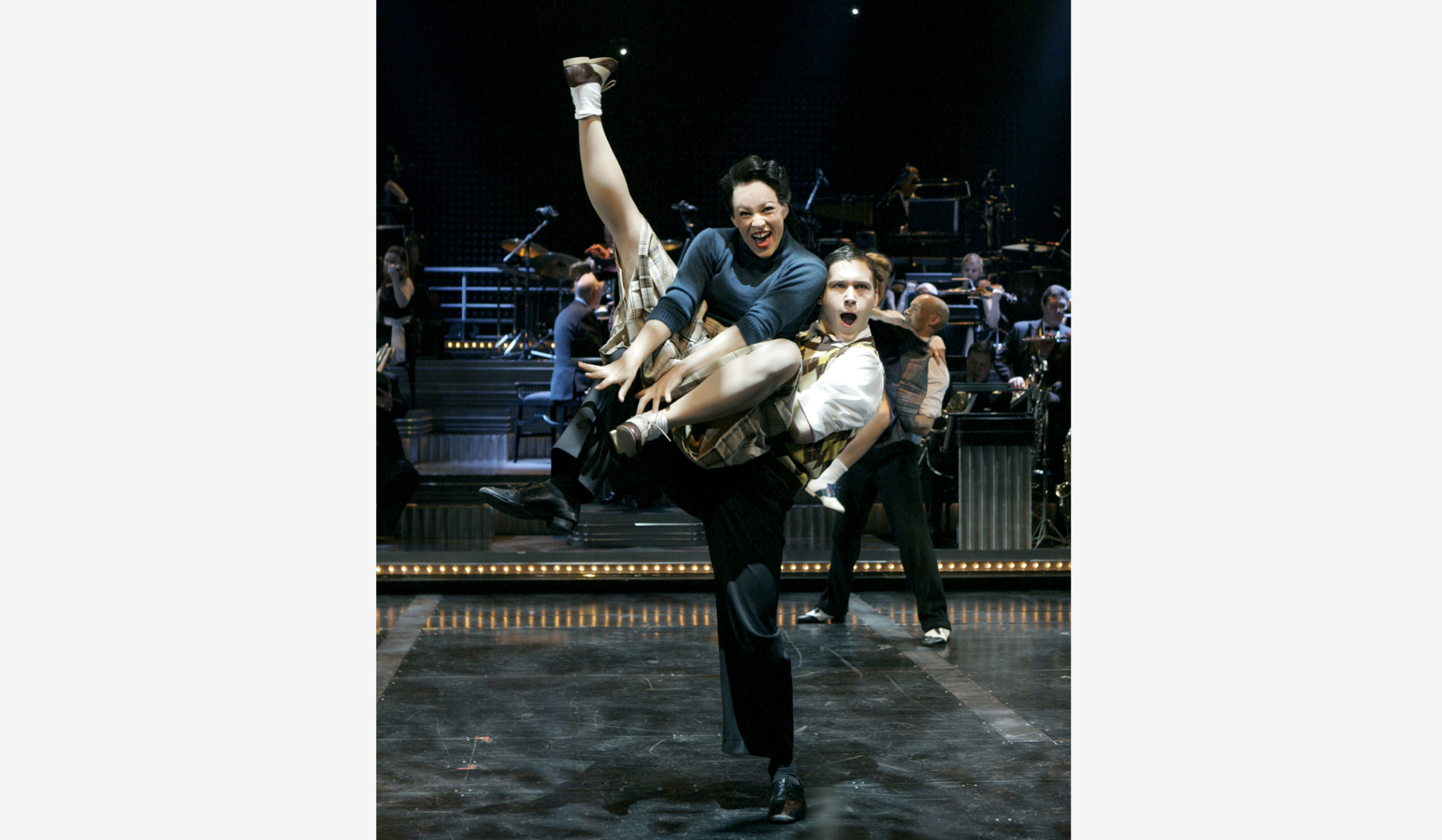 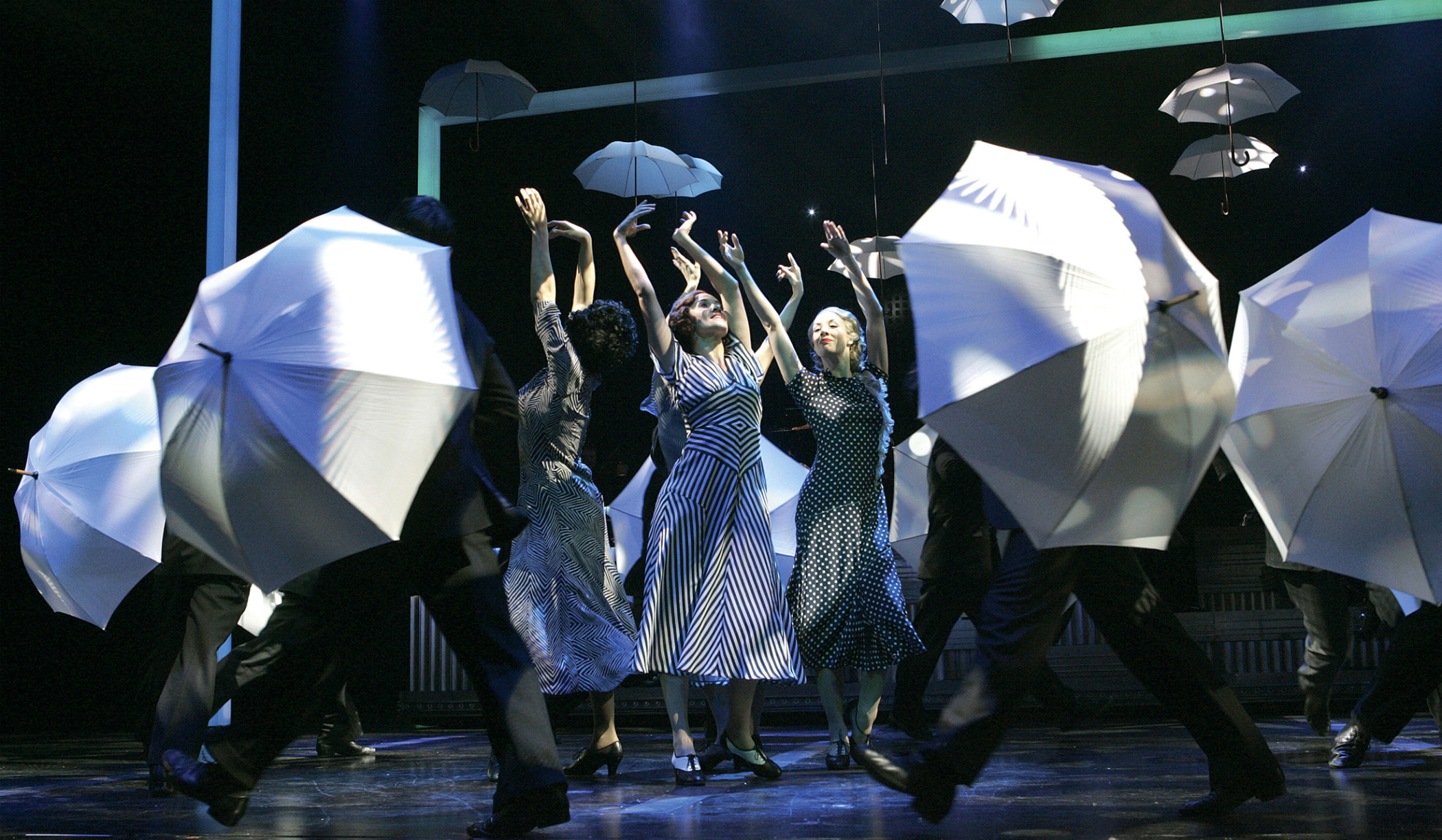 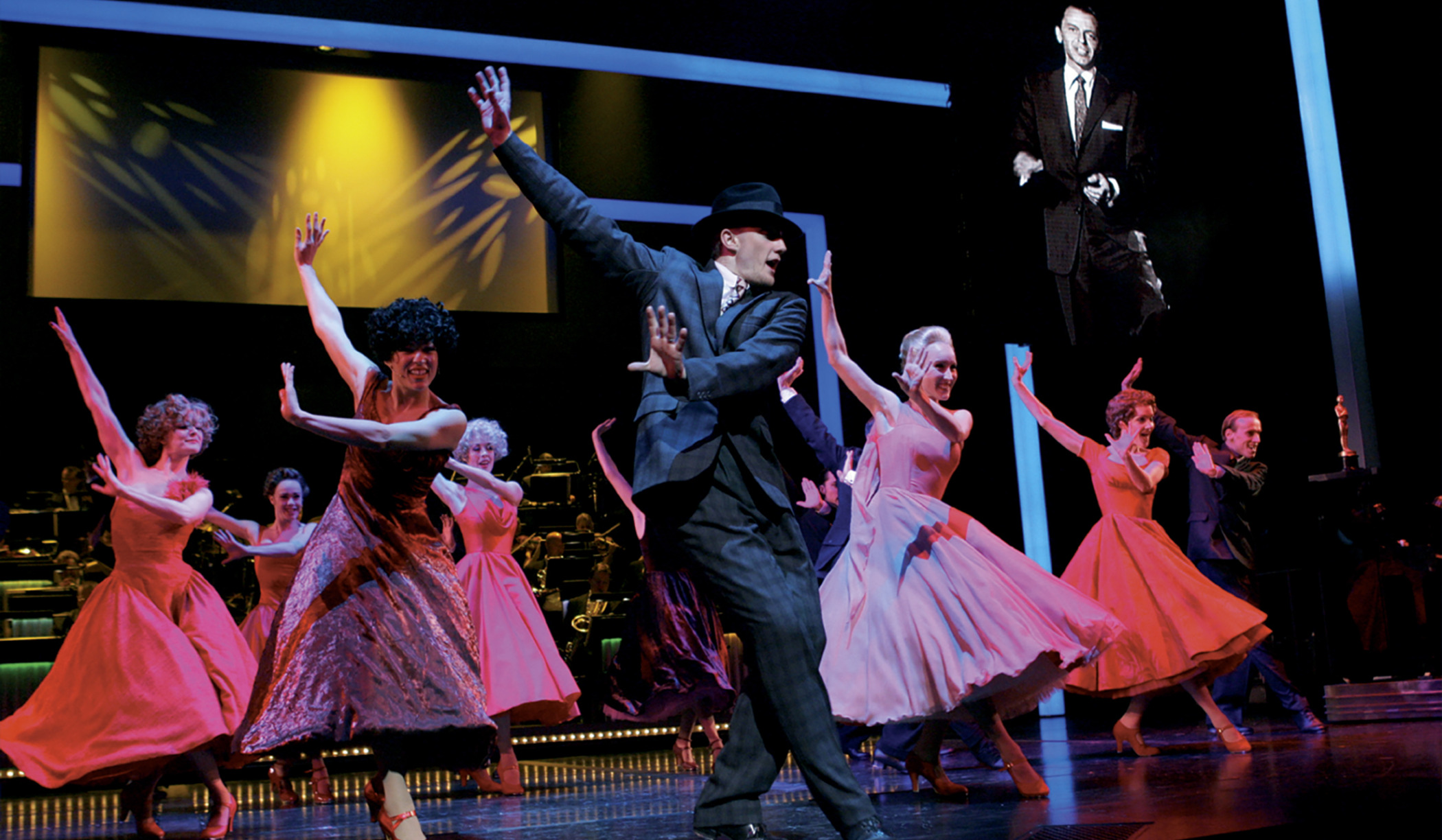 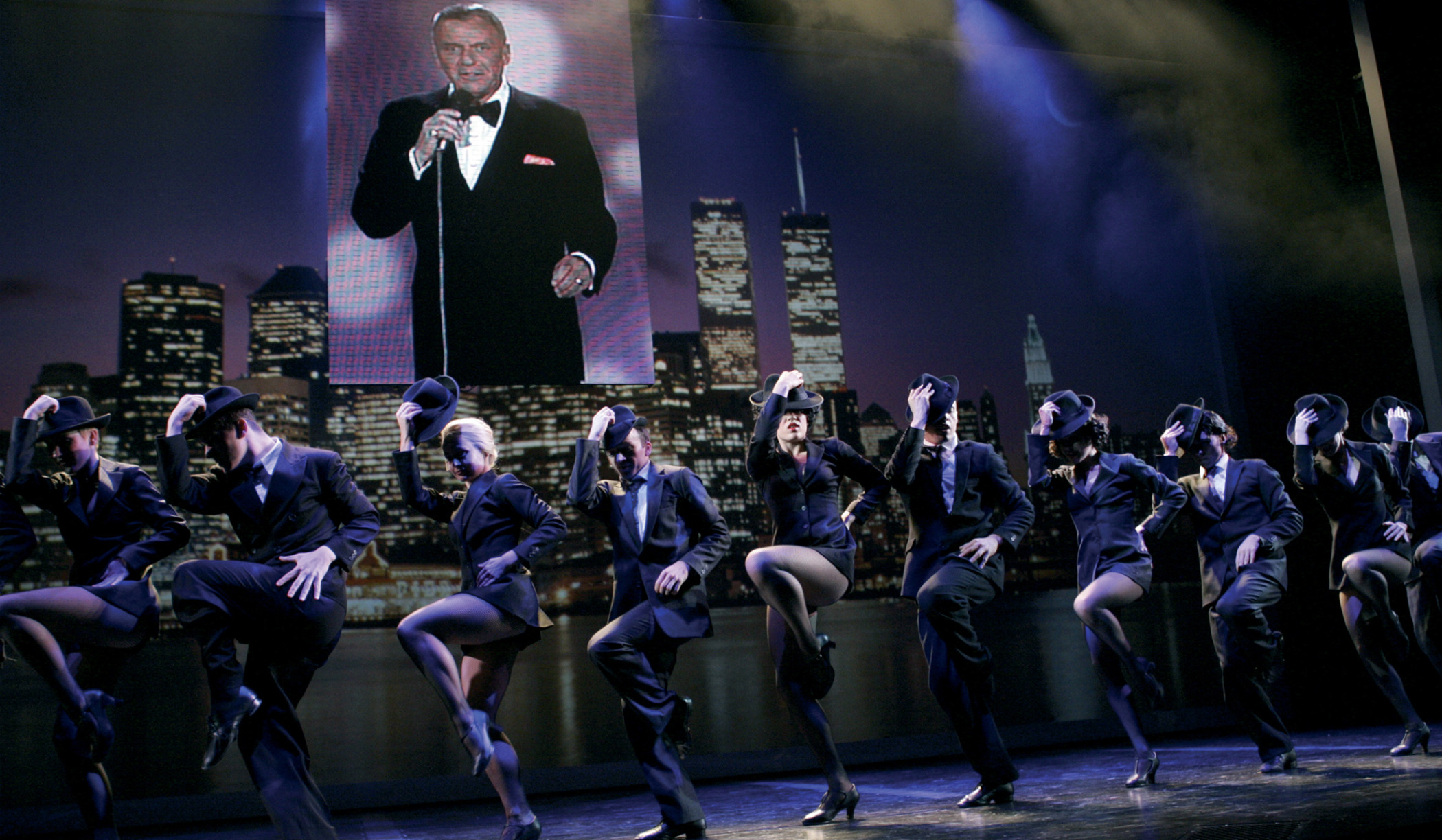 The world première of Sinatra opened on 17 February 2006 at the London Palladium, where it played until 16 September 2006. Frank Sinatra made his British debut at the Palladium in 1950 and using footage of his performances throughout his career, director David Leveaux strived to keep intact the authenticity of Sinatra. Twenty dancers accompanied his image on stage, choreographed by Stephen Mear, who were also projected onto the screens alongside Sinatra, closing the gap between reality and computer imagery.

The production was designed by Tom Piper, with lighting design by Andrew Bridge, costume design by Laura Hopkins, sound design by Terry Jardine and Nick Lidster for Autograph, multimedia design by Bob and Colleen Bonniol for MODE Studios Inc. and casting by Jill Green CDG.

Sinatra was produced by Running Subway, Act Productions, Nederlander International and Michael Gardner, in association with Karl Sydow and in partnership with Sinatra Enterprises.